Graduated from the CEMS MIM programme in 1993, Founder of Symbulos Infrastructure Consultancy and Senior Advisor to McKinsey & Company.
Class of 1993
University of Cologne

Frank Beckers is the founder of Symbulos Infrastructure Consultancy and Senior Advisor to McKinsey & Company. He graduated from the CEMS MIM programme in 1993, studying at the University of Cologne and ESADE.

﻿1. What influenced you to join CEMS?﻿

As cliché as it might sound, I have always wanted to see the world. Unfortunately, I only spoke one foreign language, English, when I graduated from high school (not counting Latin), so I started learning Spanish during my first year in University. I chose the University of Cologne not only because of its excellent reputation but also because of its numerous exchange programs with foreign universities and business schools.

When I started in 1988 CEMS had just been created and not only offered me the opportunity to study some time in Barcelona – as the existing PIM program already did - but also to obtain a second, more international degree on top.

2. What do you associate with CEMS personally?

The tremendous experience of having lived and studied in Barcelona, a truly fascinating city (despite the fact that it was partially a construction site in 1991, one year before the Olympic Games, and therefore nicknamed “Barcelobra” [obra: Spanish for construction works ]).

The chance to spend some time at ESADE, a private business school, which was a very enriching experience also because the approach is very different from the one of my home university in Cologne. And to save the best for last, of course all the amazing fellow CEMS students, international and local, and other people that I met during my time in Barcelona and later in Cologne.

3. What was the most important thing that CEMS taught you?

That there are cultural differences you need to know and respect if you want to build successful international relationships. Language skills are one major tool that allows you to better understand other cultures and language barriers are still one of the biggest obstacles to successful business relationships – but there is more to it than that.

Thanks to globalization we are likely to work with all sorts of nationalities and a key to being successful in international business is to understand the role of culture. While this is important you can obviously not be aware of every single aspect of each country’s culture, however, studying and working abroad – which is an integral part of the CEMS program - not only creates certain awareness for this important topic but also provides some first real life experience and skills.

Trust in your personal integrity, commitment and qualification is what makes you win business. Trust can only be established over time and through personal relationships – and the latter you will only be able to build successfully if you respect the culture of your business partner.

4. What were your career steps after finishing CEMS? (Did the CEMS network contribute to your professional achievements? If so, how)

CEMS was not my only international experience during my university time but I also spent six months at Pennsylvania State University (right after my time in Barcelona). As an economist with a (corporate) finance major who had lived, studied and worked in the US and Spain, I was obviously looking for an international job – best in finance. However, the first challenge I faced after my graduation in 1993 was to find a career entry opportunity that not only asked for international qualification but also gave me the opportunity to apply the same pretty much from day one. Unfortunately a lot of employers required international experience only as a differentiating factor without truly providing an international job.

I was lucky as my career start with DEG-Deutsche Investititons- und Entwicklungsgesellschaft (German Investment & Development Company), a German government owned development bank, gave me the opportunity to finance infrastructure and other projects in developing countries all over the world. Given my Spanish language skills I started in the Latin America department but later became a “founding member” of the newly created sector unit focussing on infrastructure projects globally. This gave me the opportunity to do projects (and travel to) various countries including Argentina, Costa Rica, Tanzania, Pakistan, China, Peru. So through my ambition to work internationally I became – more by accident than by intent - an infrastructure/project finance expert.

After just over 5 years with DEG I got a call from a head hunter, who got my name from a fellow CEMS student, looking for a project finance expert to join Deutsche Bank’s Project & Export Finance team in Frankfurt. Moving from a government owned development bank to an investment bank was in fact less a culture shock than I expected as standards were not much different. More frustrating were the prejudices that a lot of my new colleagues held towards a “development banker” and I had a hard time to prove myself and my skillset to my colleagues and superiors. I nearly gave up during my first six months when I got another job offer, but then decided not to throw in the towel as I was sure of my qualification and that I could contribute significantly to the business.

As often in life a rocky start lead to a long-term relationship and I ended up working 14 years for Deutsche Bank. After the near closure of the Project Finance franchise in 2003 – caused by the crisis resulting from the combined effects of the bursting dotcom bubble and September 11 - I took over responsibility together with a colleague of what was left of the franchise and started rebuilding it pretty much from scratch.

So 5 years after a difficult start my patience and persistence paid off and I became Global Co-Head of Deutsche Bank’s Project Finance business. In 2007, after we had successfully re-established our product in Europe, we expanded our franchise globally and I took the opportunity to (finally) live for some time abroad again. I moved to Dubai to expand our business into the Middle East & Africa and later further to Asia, setting up another team in Singapore.

In 2012 I left Deutsche Bank as the firm decided, as part of a strategic change, to largely depart from the Project Finance franchise again. As I had become quite passionate about infrastructure/project finance advisory in the meantime I decided to continue my now almost 20 year long career in this field. I set up my own advisory boutique – Symbulos Infrastructure Consultancy [Symbulos: Ancient Greek for advisor] – and started my second career as an independent infrastructure consultant out of Dubai. Nine months later I was appointed an (external) Senior Advisor by McKinsey & Company, where my main contact is a fellow CEMS & Penn State alumnus.

5. What is the accomplishment in your career you are most proud of?

That – against all odds - I continued pursuing my passion for infrastructure finance advisory, which is what I like and I know I am good at.

6. What advice would you give current CEMS students?

Believe it or not, but one of the greatest weaknesses of people that I have noticed throughout my career is their inability to listen – or as Leonardo da Vinci said: “Most people listen without hearing”.

You can learn and benefit tremendously from really listening to and focussing on what others have to say. Unfortunately, a lot of people focus more on planning their own arguments and anecdotes. This way they not only miss a lot of interesting input from their counterpart, but in the worst case they create misunderstandings. I have experienced countless situations where people were talking at cross-purpose or huge misunderstandings occurred in all kinds of commercial communications (e.g. contract negotiations) simply because people focussed too much on their own line of argument as opposed to listening to what the other party had to say.

Successful long-term business relationships are always based on win-win situations that can only be achieved by truly understanding the requirements and capabilities of your business partner, which you will only ever find out by listening well.

The other advice I would like to give is that you should never give up on something you are truly persuaded of. There will always be people challenging your opinion or ideas. Use their arguments to stress-test, improve or further develop your idea but never start questioning your own position right away. Don’t be afraid of failure, it is part of every successful career. Many people are so afraid of failure or making mistakes that they never pursue their dreams and end up falling short of their capabilities.

“Twenty years from now you will be more disappointed by the things that you didn’t do than by the ones you did do. So throw off the bowlines. Sail away from safe harbour. Catch the trade winds in your sails. Explore. Dream. Discover.”  Mark Twain

"As a CEMS student, you have the keys to open so many doors to explore so many companies. These keys come in the form of business projects, Career Forum, skill seminars, annual events etc. – all of which are opportunities to engage with all kinds of companies across industries. " 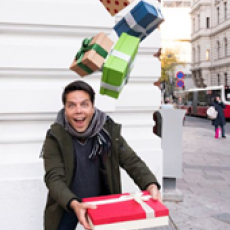 The Student Board was formed and developed by those with a true entrepreneurial spirit and this spirit has continued for many years as well as creating a very special bond between those who have been a part of it. I'm still in contact with most of them. We came together to implement change in a positive way to revolutionise CEMS. It was a lot of fun and in the end, we changed a lot. We are very proud of what we achieved and it is wonderful to see how far the Student Board has come since those... 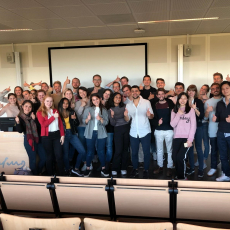 "If you don’t ask you don’t get: If you want to get certain internships or advance in your career, you need to ask for it. Jobs won’t come to you if you don’t do anything about it." 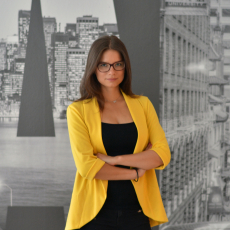 "Thanks to CEMS I have met great people, gained international experience and started working at Google."

Andrea Hurychova
Class of 2014, Prague University of Economics and Business